Short Bio
Different Moon was founded in 2015 by North Carolina (USA) songwriter Jim Piper. At the early age of 37, Piper’s long-time high school friend and fellow keyboardist/songwriting partner, Mike Smith, passed away. Piper decided to honor his memory by sharing with the public five unreleased songs co-written by Piper/Smith, thereby releasing a debut EP under the artist name Different Moon. Encouraged by interest from new fans and driven by a passion for music, Piper decided to continue writing and releasing new songs as Different Moon. Between 2015 and 2022, Piper has released three EP’s, fourteen singles, and received over twenty international songwriting nominations. The music of Different Moon continues to evolve, but its foundation is a blend of pop, rock, and alternative melodically crafted together, and each song features a guest vocalist working with Piper to deliver an indelible performance.

Long Bio - History
Learning to play piano during his early high school years, Jim Piper found a creative outlet and connection to songwriting. During this time, Piper met a fellow keyboardist and songwriter, Mike Smith. Over the next 20 years they co-wrote songs together under the name Desert Rain. Then at the early age of 37, Smith passed away. Distraught by the loss of one of his closest friends, Piper chose to pay homage to his late friend by deciding to publicly release several songs they had written together. Therefore, in 2015, Piper contacted a music studio based in Los Angeles, CA to help co-produce and re-record five songs co-written by Smith and Piper. At that point, Piper founded Different Moon and released the debut EP Desert Rain paying homage to Smith and their 20 year friendship.

Following the release of Desert Rain in November 2015, three of the five songs received international songwriting accolades, including being named a finalist in the 2015 Hollywood Songwriting Competition and the 2016 American Songwriting Awards. Encouraged by the songwriting honors, interest from new fans, and driven by a passion for music, Piper decided to continue writing and releasing new songs as Different Moon. Piper wrote and recorded a second Different Moon EP, Hourglass seven months later in May, 2016. Four songs received honorable mentions in songwriting competitions, including Without You, which also reached #1 on the Alt-Rock Broadjam Music Chart in December, 2016 and remained at the top of the chart through May, 2017.

In early 2017, Piper set his sights on writing new songs for a third Different Moon EP, Edge of Invisibility, which was later released in June, 2017. The five song EP veers in the direction of mainstream adult alternative rock, featuring haunting piano melodies, edgy guitar riffs, and thunderous drums. Shortly thereafter, four of the five songs on the EP were named semi-finalists in the 2017 UK International Songwriting Contest. The first song on the EP - Under the Shadow  began playing on commercial radio airwaves the week of July 17, 2017, and reached #83 on the FMQB Top 200 AC Chart a month later for the week ending August 18, 2017. On October 25, 2017, the song moved into the Top 40 peaking at #29.

In 2018, a new single called Two Halves Broken was released on May 23, 2018, and was chosen as a "Top 5 Best Songs of the Month" in the June issue of SongwriterUniverse magazine. This was followed up by another single Kryptonite on July 27, 2018, which was named a semi-finalist in the 2018 UK International Songwriting Contest and a finalist in the 2018 SongDoor International Songwriting Competition. In November 2018, an original Christmas song was released called Christmas Time (Light of Peace), which was also signed to a contract with music licensing company, NOMA Music.

On March 15, 2019, a new single was released called From Myth to Legend, broadening into the alternative electronic pop genre. The song received an award for outstanding achievement in songwriting from the Great American Song Contest. The single With the Angels followed on August 2, 2019, which is the first time Piper has written in the Contemporary Christian genre. The song is dedicated to his Aunt, who passed away after a long battle with cancer. In 2020, two new singles were released - the electronic infused pop/rock song This Is The Day in August, and the alternative rock gem Somewhere In The Middle in October, 2020. On May 14, 2021, after a year of dealing with COVID's impact on the world, the Pop single Numb was released. The latest single - Unstoppable is a retro 80s inspired synth-pop rock song released on July 22, 2022. On October 24, 2022, the song reached #5 on the World Indie Music Charts. The song also received write-ups on popular music blogs including TunedLoud!, The Hollywood Digest, Melody Maker Magaizine, Indie Pulse Music, Pop Icon Magazine, Mobangles, and Swedish music blog PopMusik. A new single called Second Chance, released on January 6, 2023. On January 22, the song reached #11 on the US Top 20 Radio Show and #13 on the World Indie Music Charts. 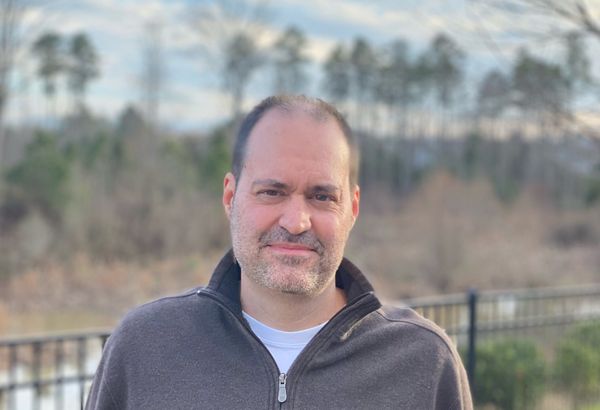